The Curious Case of Fluorination of Conjugated Polymers for Solar Cells

Conjugated polymers with fluorine substitutions have shown significantly improved device performance than their non-fluorinated counterparts.1 Though significant advances on the fundamental understanding of the effect of fluorination have been achieved,2 there still remain questions to be answered.

Chart 1. A series of fluorinated PBnDT-TAZ, highlighting the position and number of fluorinations 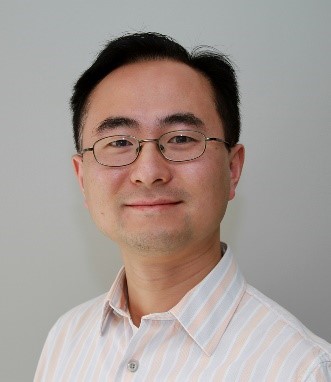 Dr. Wei You obtained his BS from University of Science and Technology of China in 1999. He graduated with his PhD from the University of Chicago in 2004 with Professor Luping Yu, and finished his postdoctoral training at Stanford University in 2006 with Professor Zhenan Bao. In July 2006, Dr. You joined the University of North Carolina at Chapel Hill as an Assistant Professor in Chemistry. He was promoted to the rank of Associate Professor in 2012 and then Full Professor in 2017. He has published over 80 papers in premier journals such as Nature Photonics, JACS, Angew. Chem., Int. Ed., Macromolecules, Advanced Materials, among others, and has been an Associate Editor for Polymer Chemistry (RSC) since July 2013. He has received DuPont Young Professor Award (2008), NSF CAREER Award (2010), Camille Dreyfus Teacher-Scholar Award (2011), Tanner Award for Excellence in Undergraduate Teaching (2011), CAPA Distinguished Junior Faculty Award (2012), and Ruth and Phillip Hettleman Prize for Artistic and Scholarly Achievement (2013). His group is currently investigating organic solar cells, molecular spintronics/electronics and devices, bio-inspired materials for biomedical applications, and new polymerization methodologies.