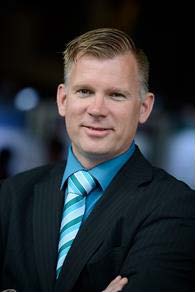 Prof. Dr. Jeroen J. L. M. Cornelissen, born in August 12, 1972 in Veghel, the Netherlands. Currently he is a professor in Biomolecular Nanotechnology at the University of Twente, Enschede, Netherlands. His research interests are in well-defined polymer architectures, hybrid systems of synthetic macromolecules and biopolymers and the use of viruses as building blocks in functional materials.

Since 2011 the main focus of his research activities has been on the use of protein cages in material science and as tools in synthetic biology, i.e. constructing mimics for protein based bacterial organelles. The latter research line was started with his Vidi grant in 2005 and successfully expanded in 2007 with a prestigious EURYI Award. The use of virus capsid proteins (and later bacterial nanocompartments) was pioneered by Cornelissen’s group and they operate on the international fore front. Encasing enzymes and other catalytic entities inside the nanometer-sized confinement led to different reaction kinetics, shining light on the functioning of protein-based organelles. In the direction of material science they have made substantial progress in the last 5 years. Cornelissen’s group managed to encase large aromatic dye molecules inside the CCMV capsule and show that their optical and self-assembly properties drastically change. Major contributions have been, furthermore, made in understanding the delicate interplay between protein-protein and protein-cargo interactions. They understand now how to employ the virus protein assembly to construct functional particles, molecular wires or larger, hierarchical assemblies of multiple virus cages. This last subject is used in an application driven project together with DSM company to employ protein assembly as a tool to control thin film reflectivity.

Finally, He was involved in the initiation of a new research direction in my laboratory led by Prof. Katsonis. Via the introduction of responsive molecular motors in liquid crystalline matrices, adaptive materials become accessible.

1MESA+ Institute for Nanotechnology, University of Twente, Enschede, the Netherlands

Protein cages are common structures in biology that can have profoundly different functional properties. The majority of these icosahedral organized particles is found in viruses, structures designed to hijack the molecular machinery of the host cell, while in a variety of bacteria these protein cages have organelle-like functions. In our group we aim to design and control the assembly of proteins into materials of well-defined nano-scale dimensions, to use these e.g. as a nanoreactor and scaffold for functional materials. For this we employ techniques for biomolecular engineering with tools from supramolecular and polymer chemistry.

The novel properties introduced to these biological nanostructures combined with the enormous variety protein assemblies can form has led to the firm believe that new materials with interesting, chemical, physical and biological, properties are accessible.