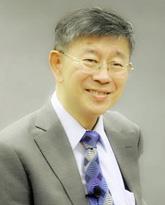 Tien-Yau Luh obtained his Ph.D. degree from the University of Chicago (with L. M. Stock) in 1974. After spending two years of postdoctoral research at the University of Minnesota (with P. G. Gassman), he began his independent research at the Chinese University of Hong Kong in 1976. He moved back in 1988 to National Taiwan University where he has been University Chair Professor. He has published 289 papers and has received numerous awards (e.g. Chinese Chemical Society Academic Award (2012), JSPS Fellow (2009); University Chair Professor (2006-2016) National Chair Award, Ministry of Education (1999-2002). He is currently serving as a member of the advisory/editorial board for Chemical Communications, Chemistry-A European Journal, The Chemical Record, Bulletin of the Chemical Society of Japan, Tetrahedron, Tetrahedron Letters and Springer Lecture Notes in Chemistry. His current research interests include organometallic chemistry in organic and polymer synthesis, and chemistry of materials.